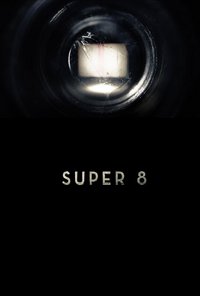 Have you gotten sucked into the Super 8 hype? Well, prepare to if you haven't! Yesterday, J. J. Abrams released 20 minutes of rough footage from the film to the press and guess what... They Loved It!

Check out some of the reactions below. Don't worry, we didn't include any spoilers!

Cinematical: "The footage they did screen packed a strong punch, though, expertly blending heart, humor, thrills, chills and one holy-cow train-wreck sequence."

"The kids are instantly likable and make for a fun, familiar ensemble, and, yes, the expected lens flares are there too). Sure, there's plenty more that makes a feature-length movie, but if the other 70-or-so minutes play like that, we're sold big time."

FirstShowing: "From what I've seen of this movie so far, I really think it could be one of the best of 2011, perhaps even a classic that stands up the likes of Spielberg's greatest."

"It's one of those films that I dreamt I would one day see while older, as it reminds me of my youth and the first time I watched all the sci-fi greats like E.T. and Close Encounters of the Third Kind, hell, even The Sandlot (in regards to the camaraderie of the kids in it), as it was those kind of films that made me fall in love with movies to begin with."

"Abrams' filmmaking is not only refreshingly modern and exhilarating to watch, but impeccably evokes that classic feeling of science fiction brilliance, which I don't think we've seen in a long time. I can not wait to see this in its entirety."

Cinemablend: "I was thrilled by how well-directed the action was. Even though Abrams swears the train crash sequence is way too long, it’s got an economy of pacing and especially staging– you know exactly where everyone is at every moment of the action sequence, a rare thing in these times of quick-cutting and total chaos."

Shock Til You Drop: "The footage really looked great–abundant lens flair and all!–though Abrams warned us that the FX weren’t finished, and though he also said it was mainly temp music, the use of tunes from the times like Blondie’s “Heart of Glass,” “My Sharona,” and the Cars really helped create the feel of 1979, the year in which we were told the film takes place."

Collider: "What’s great about the parts of the film we’ve seen are the kids, their tangible characters and how much that matters to the action. Yes, expect some big set pieces in Super 8, but plan on being emotionally invested before you get there."

"Joe and the gang are goofballs like we all were as kids and if there’s any nostalgia, it’s not for old movies — it’s for childhood itself. Oh, and expect lots and lots of lens flare."

Joblo: "Super 8 will be everything you want it to be and then some. I had actual goosebumps watching the extended train crash sequence."

Have you jumped on the Super 8 bandwagon yet? Discuss!