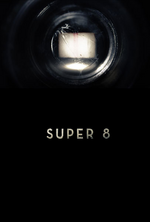 With names as big as J.J. Abrams and Steven Spielberg behind it, few people doubted that Super 8 would do well in box office. On Friday it earned $12.2 million, and Hollywood Reporter estimates that over the whole weekend it would gross $35 million in the United States.

The numbers might not be that impressive given the huge names attached to it, but not if one considers that the movie was purposefully made with a low budget ($50 million), in order to make it all the more old school. Paramount actually predicted the first weekend gross to be around $25 million.

As it turns out, most of the audience was made up of male (56%) viewers over the age of 25 (71%), which isn't very surprising, as Abrams intended the movie to be a homage to Spielberg's classics that he and the target audience grew up with. With that in mind, the fact that Spielberg actually agreed to produce it made it even more attractive to this target audience, with 100,000 people particpating in the movie's Twitter promotion.

Have you seen the movie already? If you did, let us know what you think. Just try not to spoil it for those of us who are yet to see it!

And don't forget to enter our Super 8 GIVEAWAY CONTEST HERE!

Retrieved from "https://super8.fandom.com/wiki/User_blog:Ausir/Super_8_tops_box_office_charts?oldid=4649"
Community content is available under CC-BY-SA unless otherwise noted.