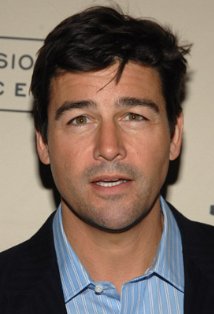 Kyle Chandler grew up in the small town of Loganville, Georgia (population 4,200). Kyle would watch old movies, go out and perform the roles in his backyard. As a drama major at the University of Georgia, Kyle met and was signed by an ABC scout in a 1988 talent search. Kyle has worked steadily in television and may be best remembered as the minor league ballplayer "Jeff Metcalf" in the 40s drama "Homefront" (1991) or as "Gary Hobson" on "Early Edition" (1996) with co-star Fisher Stevens. His work on "Homefront" (1991) led to a role in George Strait's feature film Pure Country (1992), and a small part in Mulholland Falls (1996). Kyle and his wife, Katherine, a television writer, live in Los Angeles, CA with their daughters and their two terriers, Buckley and Otis.

Enter to win a copy of a Super 8 Poster signed by the cast Here. 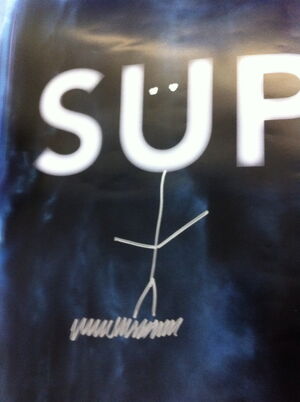 Retrieved from "https://super8.fandom.com/wiki/Kyle_Chandler?oldid=5574"
Community content is available under CC-BY-SA unless otherwise noted.