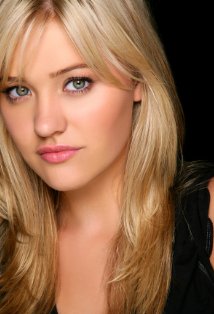 Amanda began seriously studying acting at the age of 9, landing a lead role in a church musical, "Jailhouse Rock," then later booked a national commercial on her very first audition. She has been consistently working ever since, appearing on television shows on CBS, FOX, HBO, ABC, WB and NBC. Prior to becoming an actress, Amanda worked as a professional model appearing on magazine covers, store posters and other merchandising ads for National corporations. Amanda is an accomplished musician, singer and published songwriter. She is proficient at both the piano and the guitar. She is currently recording her third CD with her sister Aly (Alyson Michalka) under their new band name, 78violet. This CD will be a compilation of their original guitar-driven songs, and will soon be released into the mainstream market. Amanda's hobbies are dance, cooking, horseback riding, mountain biking, reading and hanging out with her puppy, Willow, and family.

Enter to win a copy of a cast signed Super 8 Poster here! 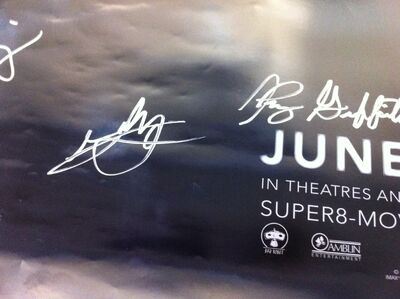 Retrieved from "https://super8.fandom.com/wiki/AJ_Michalka?oldid=5487"
Community content is available under CC-BY-SA unless otherwise noted.